The Ocean's Eyes - Lost Along The Way EP Available Now

You may recall my post at the beginning of the month highlighting the release of The Ocean's Eyes' EP 'Lost Along The Way'? No? Well, refresh your memory with the feature (including EP audio sampler) here.

Refreshed? Good. Well today's the day; the band kick off their release date with a launch party at King's Cross Scala tonight in London, followed by a supporting tour:

Grab your copy here and be sure to check ourt the guys on tour!
Posted by Samborakid at 14:24 No comments:

Labels: i am mighty records, lost along the way, new ep, the oceans eyes

Birds In Flight: EP 'A Hand To Hold' Available Now! 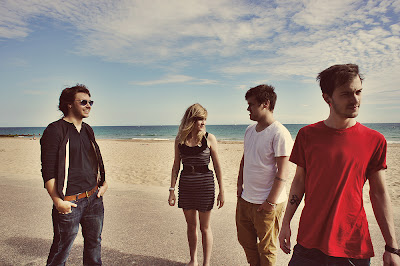 Birds In Flight's hotly-anticipated EP 'A Hand To Hold' is available now! After a fantastic launch party at Monto Water Rats, London UK, fans are now able to download a digital copy of the 4-track EP here.

Physical copies of the CDs are available from the band at their upcoming shows:

Keep up to date with all goings-on with the band on their Facebook Page.
Posted by Samborakid at 14:18 No comments: 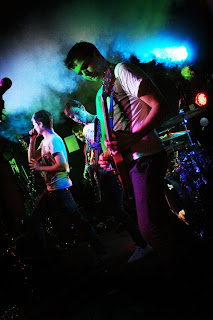 Introducing metal/posthardcore quintet Anchors! Admittedly not really my thing, but I can certainly appreciate the guys' awareness of their genre and the talent on show here.

Based in Bournemouth, UK, the band have been together for about a year and a half playing shows all over the South Coast, picking up fans along the way thanks to their tight and energetic live shows. The guys have a mini-album available as a FREE download which you can get your hands on here.

Friday 21st October/The White Horse, Bognor w/ In Place of Hope and more TBC
Sunday 27th November/Facebar, Reading - Charity Half Dayer w/ Echoes, Death Of An Artist and more
Monday 5th December/Southampton Solent Uni Student Union w/ 5 Miles North of Nowhere and more TBC
Be sure to check out Anchors on Facebook for more gig dates, photos and music and make sure you catch them live soon!
Posted by Samborakid at 13:10 No comments:

The I Am Mighty army is growing stronger by the month, as latest newcomers The Ocean's Eyes signed with the label last month and have their latest EP 'Lost Along The Way' available for pre-order now. This alternative/pop-punk quintet hail from London and you can pre-order your copy now here.

All Pre-Orders will be signed by the band and come with some free stickers from I Am Mighty Records. Lost Along The Way is set for general release on October 24th. Talking of the band's latest offering, lead singer Luke McInroy said: "In each song we talk about being alone or being lost. With the title of our E.P. being 'Lost Along The Way' it means that sometimes you've got to lose yourself to make you realise what you have, or who you need to become to overcome the problems in your life and make yourself a stronger person".

Included below for your listening pleasure is a sample of the EP.

For more information on the band please visit I Am Mighty or check them out on Facebook.
Posted by Samborakid at 16:53 No comments: 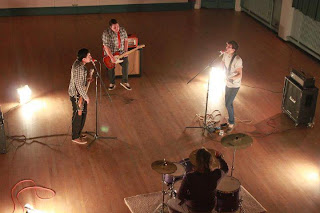 That this band share their name with my favourite Bon Jovi album has no bearing on my wanting to share them with you...honest. I don't think there's much more correlation to draw from anyway, so I'll lay that to rest now (on a bed of roses perhaps?) and get on with this feature. This quartet from Salisbury are set to launch their six-track mini album titled 'Hope and Glory' of which I've reviewed a few tracks from below. The guys 'take inspiration from the likes of Foo Fighters and Brand New; These Days have an exciting and different outlook on music'. I'm excited to hear what this rock/pop/punk outfit can bring to the table...

Glory/ A much calmer introduction to the CD than I expected considering the band's influences and pop-punk description. Glory starts life as a soothing, almost folk-tinged track, gaining momentum as the drums hope to pull it from its Mumford & Sons' clutches whilst melodic guitars and quintessential vocals stake their claim and dig in their heels. The track has a progressive feel to it as the mix is enriched with a growing musical spectrum and a really refreshing sound. Just past the one minute mark the track kicks in with a strong and epic-sounding chorus before dipping, showcasing the great-sounding vocals and imaginative backing harmonies. There's a fantastic guitar riff that kicks in, lifting the track many miles away from it's roots a mere two minutes ago but it's been such a progressive and cleverly crafted journey that nothing is out of place. A fabulous start.

Always/ Is it too much of a coincidence that the band share another Bon Jovi song title? I'm certain this won't be a cover (and for the sake of the review, will stop with the references now!). An edgier second track kicks in, the vocals reminding me of the All American Rejects before a short pre-chorus introudces a half-time feel that texturally allows the track to grow. The vocals take on a more Gerard Way sound here, or at least some of the melodies remind me of him, as frantic drums and guitar work take over as the second verse enters. The snare strokes on the drums are perhaps a little overkill every bar, it may have been more effective every two or perhaps even every four as it creates quite a busy sound., but the impact of the half-time second chorus is heightened by this. The subtle backing vocals add a lot to the track, and the breakdown section really allows for the rhythm section to step into the limelight as winding guitar works away in the background. More vocals enrich this section before the last double chorus kicks in, the latter making the leap to a double-time feel which is a great touch, before a very abrupt and unexpected end.

Misery/ I love the sound of this as the track starts off with everyone all-in; the drums really fight for centre stage against the dual-layered lead-vocals with a great tom-driven beat topped with uplifting hits on the bell of the ride. The vocals eventually stride on ahead in the final straight as an interesting and chunky chord progression highlights the changing section before the chorus comes around in almost two parts (unless I've misread the specific sections). I love the minor-sounding first-half of the chorus (or extended pre-chorus!) as the vocals stick close to the home key, always threatening to leap up into the next octave. It's a lovely interval, as they eventually leap a fifth above (tonic to dominant; a winning formula!) which creates a really uplifting section against the same interesting chord progression that was featured before; listen out for the ingenious second chord that adds a real alternative touch. I'm not sure how much thought has gone into the arrangement of the track but either way the effect on the listener is perfect. Suddenly a punky-section kicks in and I've realised that this band are the masters in really mixing up the theme of a track, dipping in and out of many different sub-genres whilst maintaining an over-riding feel. It's a great asset they hold and they pull it off perfectly.

I've genuinely enjoyed listening to a really refreshing sound that thinks outside the box and really pushes the pop-punk boundaries in a way that can keep the genre alive. To think this EP started off with a Mumford-esque feel, only to morph seemlessly into a MCR drive really pays a compliment to the song-writing abilities of this band and I hope they are the pioneering force to be reckoned with. As the 'same old' pop-punk genre threatens to die out a boring and drawn-out death, finally someone is taking it upon themselves to help give birth to its sister genre and, lest we forget, every genre of music we listen to once started life as something very different. I urge you to check out These Days on Facebook and either get yourselves a copy of the mini-album or catch them live. Brilliant stuff.
Posted by Samborakid at 14:21 No comments: