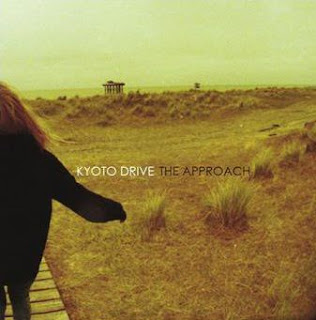 Kyoto Drive are a 4-piece pop-rock band from the West Midlands who have recently completed work on their 7 track mini-album entitled 'The Approach'. The guys worked with producer Matt O'Grady who has worked with the likes of You Me At Six and Deaf Havana and the album is available from 28th May.

The album kicks off with an easy-listening piano-led prelude which progressively builds to introduce the instruments and, eventually, the vocals. The rhythm of the performance is rather broken and stabby, offering a feeling of slight unease and works really well, as the track merges into the second song which officially kicks off the mini-album.

It sounds great in all, the production is fantastic and the vocals really lead the crunchy guitars and driving rhythm section, featuring slight pop-punk flavours atop a bed of straight-forward pop-rock. It certainly sounds very current and should be well received. It's a pretty relentless journey sandwiched by two piano-led tracks, offering the listener an easy-ride home on the final straight which is well anticipated and greatly needed.

Check the guys out on Facebook or via I Am Mighty Records and be sure to get hold of a copy on May 28th!
Posted by Samborakid at 14:21 No comments: