Jake Meeking ft. The Cat in the Hat - Walking On My Own LIVE

Check out this great video for Jake Meeking's Walking On My Own live as part of the Lost and Found sessions recorded at the Nest in Bath, UK. The video takes a slightly different route to the original with a dab of piano added for good measure and sounds great.

If you haven't seen it all ready, check out the excellent official video for Walking On My Own too:

You can keep up to date with Jake Meeking on Facebook. Enjoy :)
Posted by Samborakid at 12:29 No comments:

Labels: bath music, Jake Meeking, lost and found sessions, the nest, walking on my own 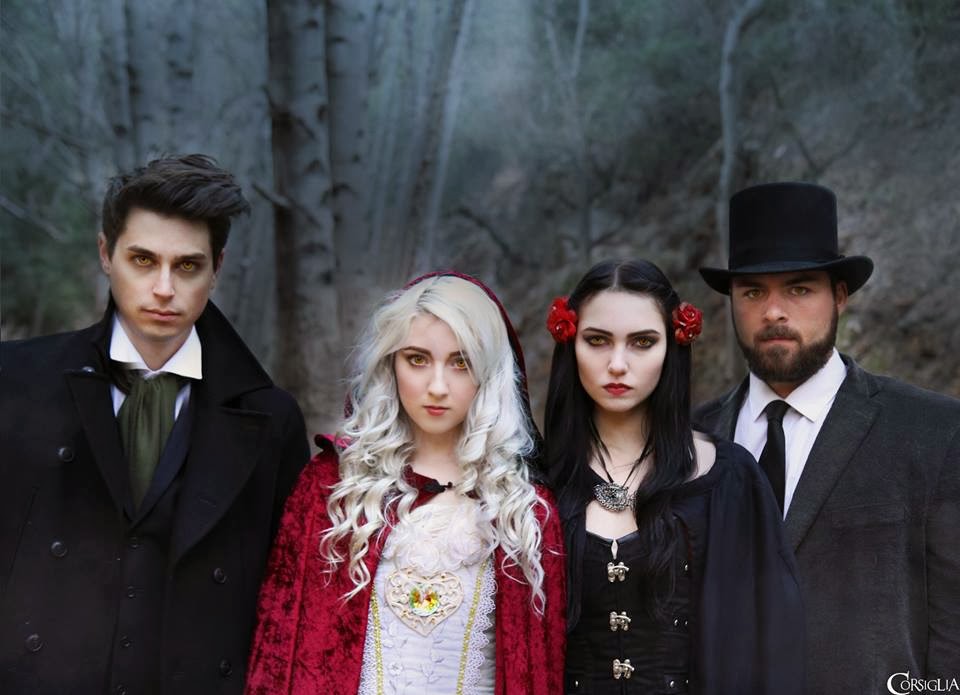 Happy New Year! I'm opening my account this year with some female-fronted rock in the form of Bad Wolf, an LA-based quartet who are making serious inroads in the music industry and taking advantage of YouTube with a video that's had over 11,000 views and counting since it was published just days ago.

The band bring "sci-fi, fantasy and steampunk to life within the backdrop of rock music" and their fairytale-inspired video for Stay With Me is certainly no exception to this rule. Of the video, the band say it "pays homage to several different fairytales" which certainly take on a sinister edge with their 'backdrop' of rock music; think the aesthetics and storyline of a Rammstein video meets the looks and sound of an Evanescence song.

Musically, it's a steady rock track which will sit well on the Scuzz music-video playlist whilst visually it features both beautiful people and beautiful wolves; what's not to love?! There's a big feel behind the scenes to the music, a wall of noise that is quite the constant but broken, in contrast, by the haunting lead-female vocals. It's nice the band features of a good mix vocally, and the harmonies especially work well in supporting the lead vocals though, and this is purely a post-production point rather than a song-writing one, the male vocals stand out a little too sharply for my liking. The bridge section really lifts the song and makes all the difference in taking it too the next level; a really strong touch.

The band look great, they sound great, and Bad Wolf will be sure to fit in comfortably with the rest of the pack.

You can watch the video for Stay With Me for yourself below, and be sure to check out the band on Facebook to keep up to date. Enjoy :)

Posted by Samborakid at 12:19 No comments: