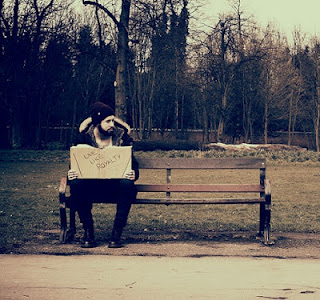 Hailing from Suffolk, UK, Fenrir are a five-piece alternative rock outfit who have recently released their debut 6-track EP 'Live Like Royalty'. Produced by Oliver Craggs (Feed the Rhino) at Hidden Tracks Studios, the quintet are bringing a "punchy and impressive sound" to the UK music scene in 2013. The band will be touring over the summer in support of the new record, having recently finished a co-headline tour around the UK with Searching Alaska.

I'm eased into the EP with opener Victory Rose as bluesy lead guitar tones with a gentle delay guide the listener in. A slight rhythm is established as the track builds, with choral backing vocals marking the progression before an explosive introduction opens up with that promised 'punch'. As instrumental openers go, it's a great start to the EP and really sets the band's stall out, whilst the segue into 'Haven't You Heard' is flawless. With aggressive guitars and crystal-clear production on the drums, this is a really polished effort. The vocals take an octave leap into the chorus as the track builds in intensity, dipping again slightly for a return to the verse. The chorus is so full of guitar tracks and harmonsied vocals but it doesn't feel overly-crowded, it's a great piece of song-writing.

'The Puppeteer' opens as aggressively as its predecessors before changing tact and switching to a major-sounding picky guitar part; the rhythm section maintain solidity throughout as the guitars and vocals again open up for the chorus to really pack a musical punch.

Closing the EP is 'Confessions', maintaining the progressive energy displayed throughout the record. The track leads from an extended vocal and electric guitar intro before everything kicks in around the one minute mark. It's a strong finisher, following the tried-and-tested formula that has seen the band through so effectively on the EP; it's a fantastic debut offering and a very exciting prospect for the UK music scene as pop-punk is starting to fade away into the background making space for it's bigger, more brutal, brother and this brother pulls no punches.

The EP is available to stream on Spotify and Bandcamp where you can purchase a copy of it. 'Live Like Royalty' is also available for sale on iTunes; be sure to keep up to date with the band for info on their summer tour. You can check out the video for 'Confessions' below. Enjoy :)

Posted by Samborakid at 15:15 No comments: 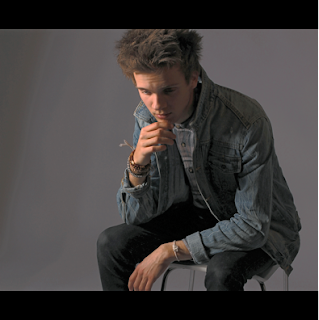 Today marks the release date for Doug Panton's self-titled debut EP, available across most digital platforms worldwide. 19 year old Panton, an Essex-based singer-songwriter, has spent the best part of a year creating and producing his debut offering and is excited for his first release to finally be available, after a DIY background of accumulating fans from YouTube and at his live shows - a highlight of which includes performing for 15,000 people at the International Jamboree 2012. Panton has already been rubbing shoulders with some of the industry bigwigs including Mark Topham (Westlife, Il Divo) and Dave Scott (Oasis) having had the EP produced by the latter alongside Atomic Kitten engineers at Brook Lodge Studio. With some national radio airplay in his back pocket also, Panton is hoping his self-titled record is going to continue turning heads and attract some critical acclaim, and it seems to me as if he's well on the way to achieving just that.

It's all pretty impressive on paper, but what about where it really matters? Thankfully, Panton delivers musically as much as he does elsewhere; the EP kicks off with Young, introduced by some frantic finger-picking on an acoustic guitar and some Bastille-esque choral backing vocals. Panton's vocal is perfectly suited to today's pop market and sits confidently on top of the mix, leading the charge in a particularly pleasant opening track; it often reminds me of Ed Sheeran when melodically trailing off of the end of some of the notes and sets the scene for the EP effectively.

All or Nothing is sitting pretty halfway through, the trademark ballad-feel and tribal percussion making themselves known whilst the chorus is as strong as its predecessors in consideration of the genre; there definitely feels as if there's a film soundtrack in here somewhere. The piano drives this track, with some sparse lead-guitar work dropping in every so often to add another melodic layer as I'm again reminded of an Ed Sheeran b-side - surely not a bad comparison by any means.

Closing the show is Agree to Disagree; notably more major-feeling than minor, this feel-good finale relies on the vocals to carry the melody which they do well atop a simple chord progression. I feel the production is key on this track; although the chorus is packed a little fuller than the verses, it still maintains the light, floating feel to the track and is revisited often. It's just what is needed and rounds off the EP nicely whilst holding on to that sing-along, radio-friendly feel that has been established since track one.

The EP is available online now, and be sure to keep up to date with Doug via his Facebook page. In the meantime, enjoy this short teaser video to sample the EP for yourself, a try before you buy if you like. Enjoy.

Posted by Samborakid at 20:24 No comments: