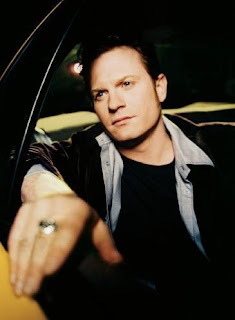 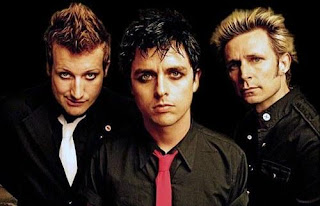 Just wanted to share a new artist I've discovered this week. If you are a fan of True Blood (USA/UK) then you might remember the ultra cool theme music to the show. Well the artist is Nashville sensation Jace Everett and he sounds fantastic. It's a real dark and dingy rock/blues kinda thing, think Nashville after dark, and just what you'd expect to be fronting an American show about sexy vampires. But musically it's wicked and I was very pleased to discover some other tracks of his!

In other music news, I went to Birmingham to see Green Day this week. I don't own any of their albums personally, although found myself up against the barrier as Billie Joe stormed onto the stage and, for the preceeding two and a half hours, was crushed and mashed and squashed along with thousands of others but actually really enjoyed it. They played a good handful of songs I could at least singalong to the choruses of and put on a great, fun rock show. Tonight, Bon Jovi are performing live on the UK's X Factor (ITV, 8pm) for which I am very excited and the new album is out tomorrow! I'm sure I'll have a review up soon :)
Posted by Samborakid at 17:22

Thanks for taking the time to write :)